Remediation of a former industrial manufacturing site in Lancaster for commercial end use.

VHE played a part in facilitating the development appraisal for the Luneside East project on Lancaster’s historic St George’s Quay. The 7Ha site on the south bank of the River Lune had a long history of industrial uses which led to contamination. 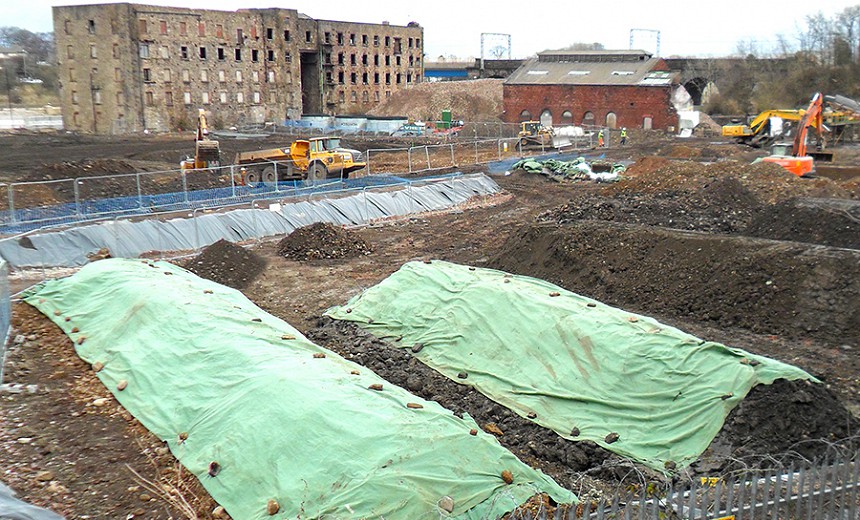 Through close collaboration with the developer and Lancaster City Council, VHE helped secure £4 million from the Growing Places Fund for the mixed use development. As part of this design and build scheme, VHE developed a remediation strategy for the site with WYG, which reduced the reliance on off-site disposal. The abnormal removals and infrastructure costs were then agreed on a fixed price all risks basis to secure the funding for the project.

The remediation works comprised several different elements as a result of the former uses. The paint manufacturing had produced several infilled reservoirs containing variable made ground. This required segregation by picking, screening and soil washing.

The gasworks waste was excavated and treated by bioremediation techniques. Throughout the site foundations were removed and processed for reuse in the construction works. We managed and processed demolition arisings for reuse. We also remediated the former fuel installations and removed the tanks. All material not suitable for treatment was removed off site.

We treated some materials contaminated with Japanese Knotweed and also translocated a protected species of small reed to the landscaping areas. We also undertook all chemical validation testing and full validation and sign off of all remediation works.

The project is one of many where VHE has provided land remediation services for commercial end use during the past 24 months.