The former Huddersfield Gas Manufacturing Works covered an area of 3.2ha and was decommissioned in 1972. VHE undertook its remediation as part of the framework agreement with National Grid Property.

The works were carried out over a rolling 42 week phased programme of enabling/demolition, site investigation, design and implementation of on-site bioremediation and disposal of segregated wastes. Site investigations had identified contamination to soils and groundwater by gas production by-products including poly-aromatic hydrocarbons (PAHs) ammonia, spent iron oxide, aliphatic and aromatic hydrocarbons, and toxic metals. 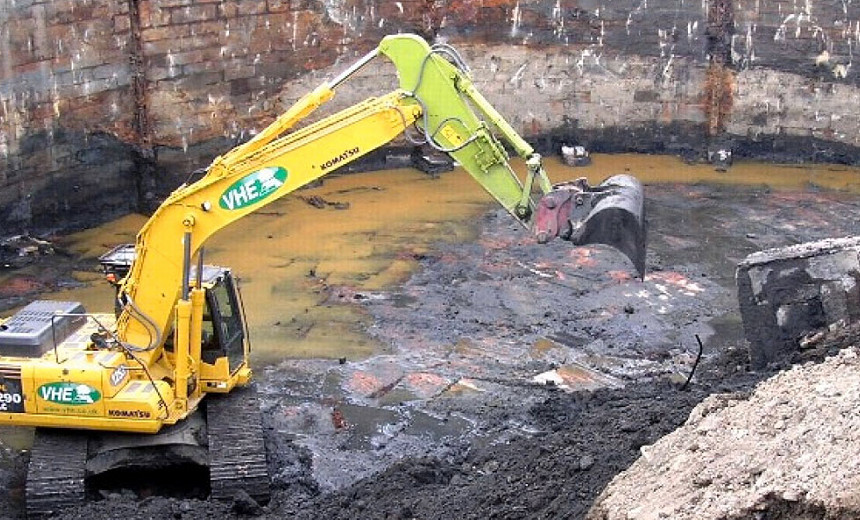 To maximise the reuse of existing site materials, a targeted phase of dewatering of perched water was undertaken commencing with the deepest areas of excavation within retaining underground structures. This exercise produced a volume of over 5,000m³ of hydrocarbon contaminated waters which were pumped into a bespoke tank farm with primary and secondary settlement of suspended solids being enhanced by the addition of floculants.