The 6.1ha Mersey Transport Limited (MTL) site in Edge Lane, Liverpool was to be developed to provide up to 22,000m2 of space for science and technology focussed industries.

The scheme included bulk earthworks and the recovery of significant quantities of site won concrete together with the off-site disposal of 265m3 of bitumen coated concrete and a further 530m3 of hydrocarbon contaminated material that was not deemed suitable for bioremediation. 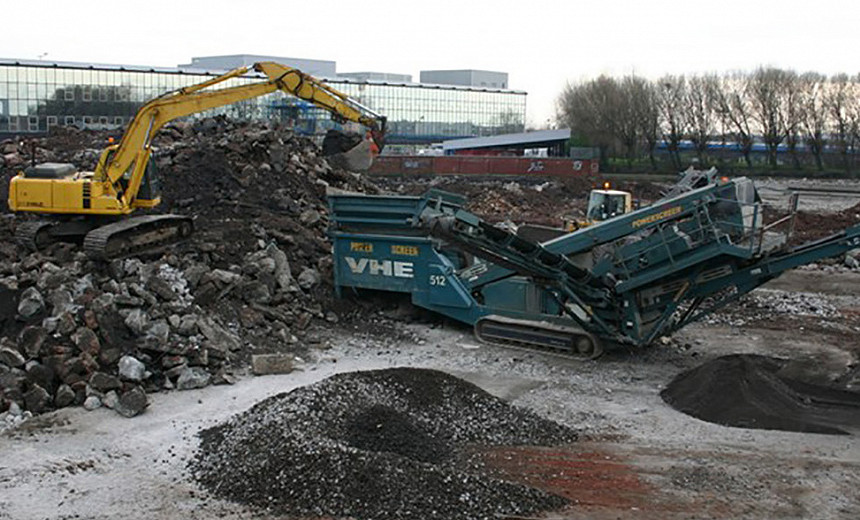 Approximately 400m3 of hydrocarbon contaminated material was treated by ex-situ bioremediation. The bioremediation process involved the addition of mushroom compost and ammonium nitrate to increase the rate of decomposition of the contaminants. The windrows, uncovered given the climatic conditions in July, were turned fortnightly to meet the remedial targets within 14 weeks of commencement.

In total, 27,000m3 of concrete was removed, crushed and replaced on site as a cover layer and also to infill voids created by the removal of sub-surface obstruction.