VHE undertook works on two parts of the former Harworth Colliery site simultaneously. These were known as Harworth Coking Works (southern section) and Harworth Parcel 1 (northern section) with works being undertaken to create development platforms for sale to housing developers. 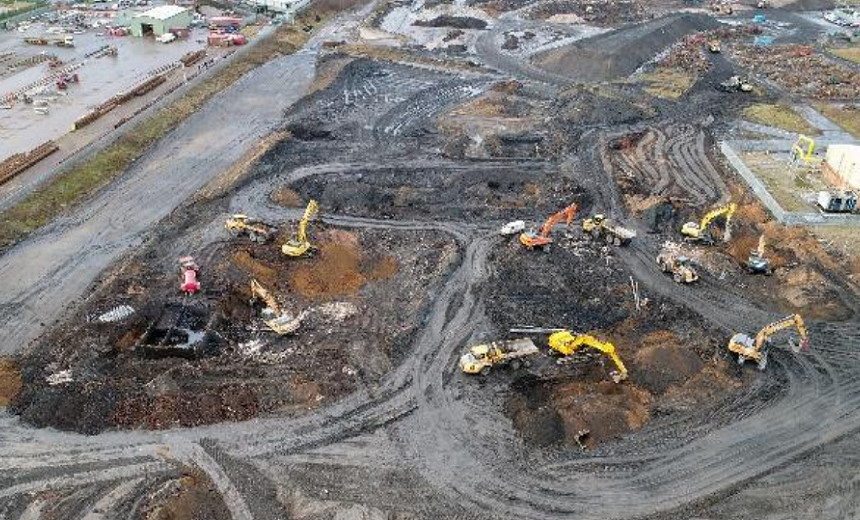 The 7 Ha site was turned over to 2.5m with further excavation to 5m should contamination or foundations be present. Relic foundations were removed and reprocessed into 6F2 and Type 1 to be used in the earthworks platform and retained on site for use in the future development.

Extensive hydrocarbon contamination was identified in soils across site with ex-situ bioremediation used to treat 5221m3 of contaminated soil. Upon completion of the bioremediation treated soils were validated to confirm compliance to site target levels and reused at depth within the soil platform.

Grossly contaminated soils that were unable to be treated on site were sent to offsite treatment centers or licensed landfill facilities. A 200mm low permeability cap was installed across the surface of the site following completion of the turnover for the purpose of reducing infiltration.

VHE completed the validation reports for the project for regulatory sign off.