The reclamation of the 15ha Woolwich Arsenal site involved the treatment of 240,000m³ of contaminated material by a soil washing plant designed and built in-house by VHE’s site team.

The customer opted for soil washing due to the physical nature of the affected material and the planning requirement to keep lorry movements to a minimum. Following screen testing for explosive residues and the separation of materials of different sizes, soil was washed, crushed and screened to allow as much as possible to be re-used in the subsequent re-engineered ground works operation. 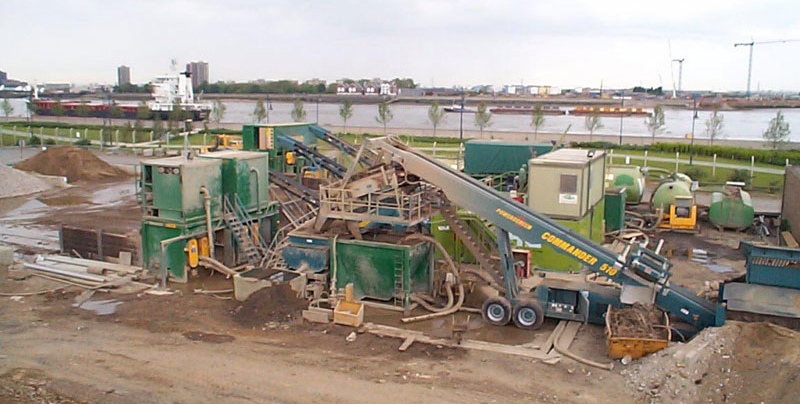