The gardens of six terraced properties were determined as contaminated under Part 2A of the Environmental Protection Act following the discovery of cyanides, benzene and benzo(a)pyrene as a result of the site’s former use as a gas works.

The Environment Agency took over responsibility for the remediation works from Stockton-on-Tees Borough Council due to the potential for contamination of the aquifer underneath the site. 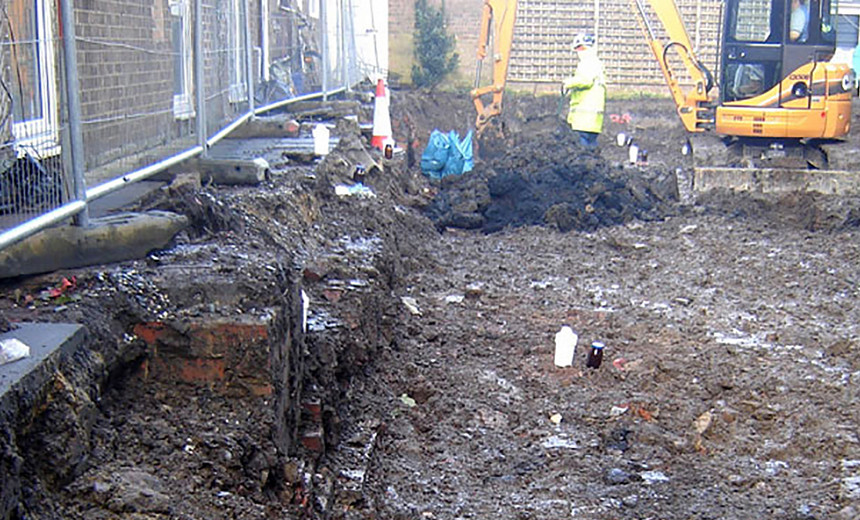 Remedial works included the excavation and removal of material from contaminated hotspots, which was disposed of in a hazardous landfill site. In all, 33 number 12-tonne skips of soil were removed from a 30m by 6m area, which was excavated to a depth of approximately 1m. Clean capping material was then imported and finally topsoil was laid to produce the final surface. Fencing and flagstones were then replaced.

The highly sensitive work required constant daily liaison with the occupiers of the properties and won the Environment Agency’s national Customer Focus Award.