The project was part of a £130 million scheme to build approximately 25 kilometres of dual trunk road and motorway to form a strategic link between Lanarkshire and Ayrshire. Work was carried out under an open-book partnering arrangement between Balfour Beatty and VHE, integrating the site management from both organisations to form a seamless team. 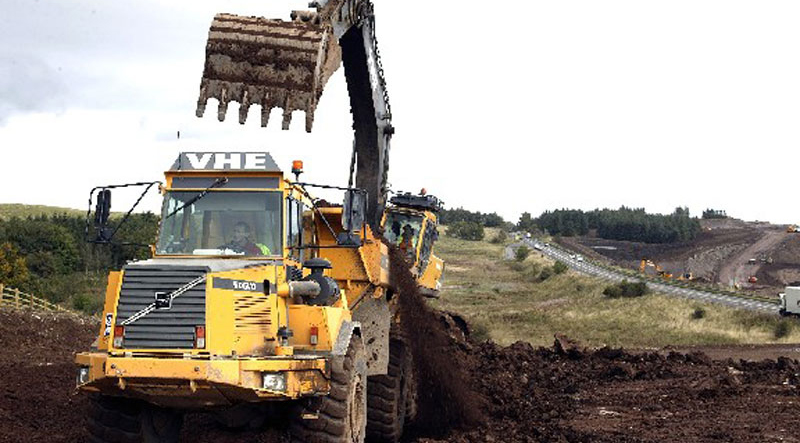 VHE’s involvement in the project covered a period of almost two years. It involved the excavation and infilling of 2.3 million cubic metres of material including the removal of 600,000m3 of peat together with the drilling and blasting of 600,000m3 of basalt.

As a result of value engineering considerations, VHE processed the excavated basalt to provide 300,000 tonnes of stone for drainage and associated works.