Following on from the completion of the remediation of the Southern Storage Area for UKAEA, VHE completed another project at Harwell to re-locate a 300,000m3 chalk mound. This enabled the construction of a new wing of the ISIS Spallation Neutron Source, the UK’s world-beating neutron centre for CCLRC Rutherford Appleton Laboratory. 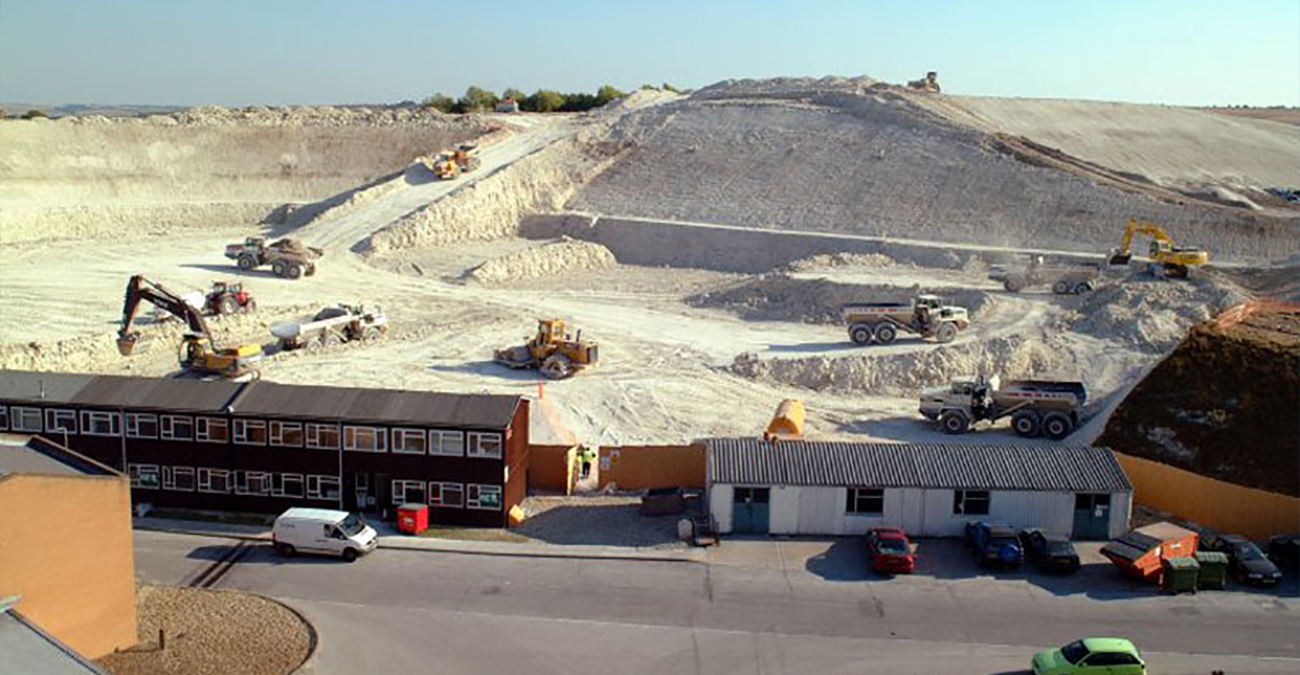 The earthmoving project was undertaken in carefully planned phases, mindful of the fact that the site was formerly a RAF airfield before conversion to civilian use. Excavations deeper than the original ground level were executed with great care due to the possibility of locating unexploded ordnance from World War 2, when the site was used as a munitions store.

Work started on the mound re-location in July and progressed according to schedule, favoured by the unprecedented UK summer weather that year. Excavations, landscaping and drainage works were completed by the end of October, followed by a period of planting and seeding during November.