VHE were awarded a contract to undertake riverbank restoration works on the River South Esk on behalf of Scottish National Heritage.

VHE’s works comprised the removal of large rock-armour boulders,that were installed over twenty years ago, and regrading of the river embankments to a natural profile. This allows the river to naturally erode the banks and create adequate levels of silt both in the river and on the river bed to sustain the mussels and spawning salmon. The original rock-armour had been so effective, that the silt levels on the bed of the river were almost non-existant - certainly not deep enough to sustain the mussels and salmon eggs.

Our works were split into three different stretches of river; Moulzie, Acharn and Braedownie. The rock-armour was removed and transported to designated deposition areas, then either buried and landscaped or surface mounted to marry in with the local scree boulders which had rolled down the hillsides - this is where the boulders were first taken from and used as river protection on the original protection works.

In addition to the removal of the rock-armour and embankment regrading, four sections of Paleochannel were graded out to provide rest-up ponds for the salmon migrating upstream, to the spawning beds.

In order to access some of the works, three 10m Bailey bridge structures were mobilised and erected over existing bridges. This increased the bridge capacity to 28 tonnes, allowing the construction plant to cross up to the Moulzie Glen.

Activities were licenced to protect otters and water voles and under close scrutiny to minimise silt disturbance to protect fish and fresh water mussels (Pearls in Peril - PIP). River South Esk is a Special Area of Conservation (SAC) and there was a small area of SSSI (Archaeological interest, an old ditch works from medieval settlements) which were specified to be protected with track mats to allow transfer of materials and construction plant.

Works were carried out on programme with absolute minimal disruption to the surrounding National Park, which was busy with summer season ramblers, as well as livestock (cattle, sheep and deer).

The site team worked well with the Designers and local landowners to adjust designs locally to suit all parties and minimise the impact of the farmland and local environment, and where possible use local resources to carry out the works under close supervision of the VHE Team.

VHE are one of the UK’s leading providers of remediation and infrastructure works including highway construction projects, commercial projects and river protection schemes. Feel free to contact us now on 01226 320150 to discuss your requirements. 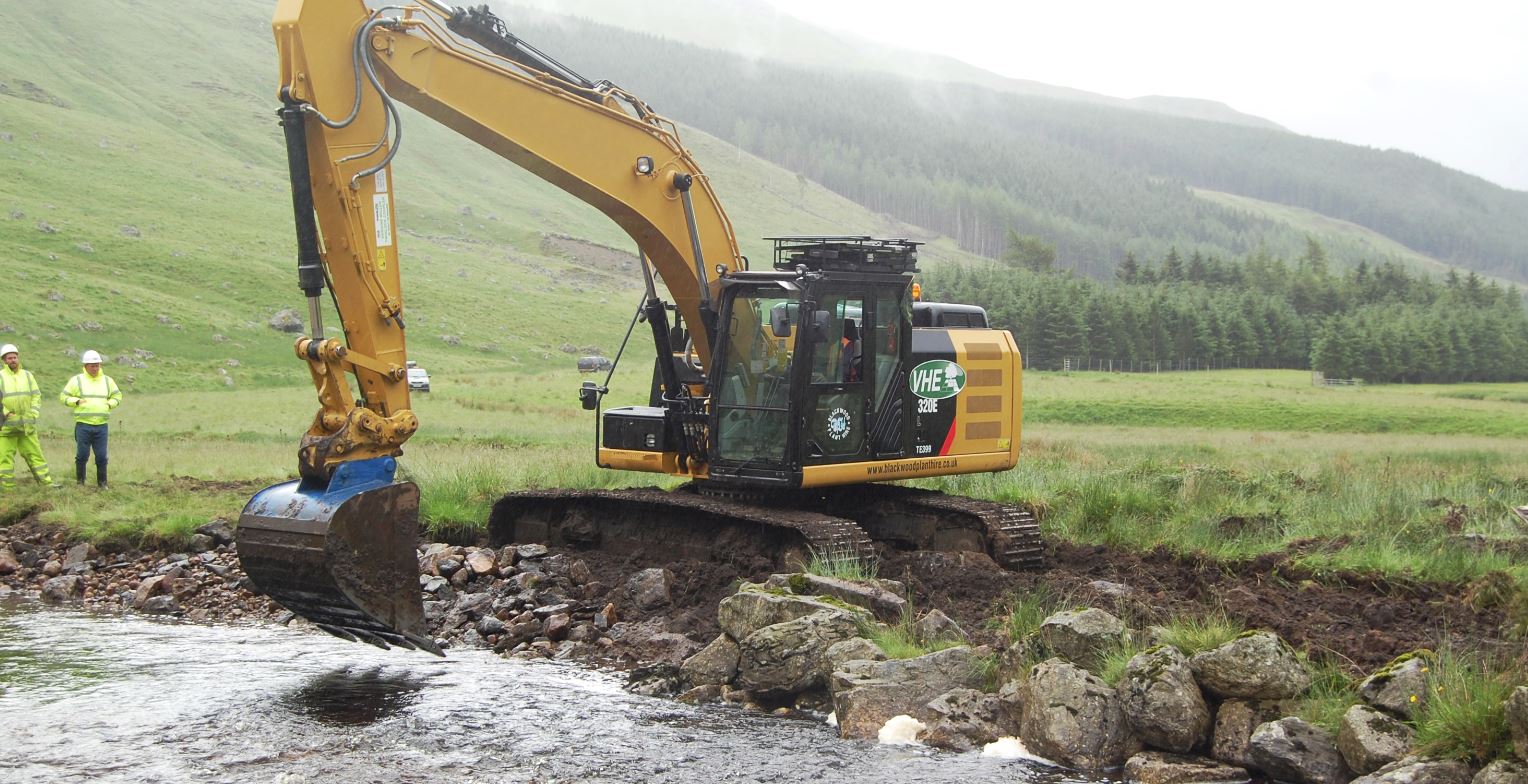