Pill Box relocated as part of the Barrow Waterfront Project

Earlier this year Cumbria County Council appointed VHE to deliver a £1.7 million package of works to remediate dockland areas and kick-start the Barrow Waterfront Business Park development. Funding for the project, located next to BAE Systems’ submarine yard, was secured from the Government and Cumbria Local Enterprise Partnership.

The project involves site clearance of old community allotments, earthworks and ground remediation. An area of the site also includes a part of the dock which was backfilled many years ago, bringing concerns of the danger of unexploded ordnance dropped during the last World War. VHE will create appropriate site levels and ground conditions for development, drainage, highways and landscaping works to improve utility, access and appearance. Remediation works are expected to be completed by spring 2017.

Interestingly, we have been instructed to relocate a second world war Pill Box which will require the assistance of a 350 tonne crane, this shall be moved to an area 35 meters outside the development platform to a landscaped area of the waterfront to be displayed as an artistic feature.

Around 28,000 Pill Boxes and other hardened filed fortifications were constructed in England in 1940 as part of the British anti-invasion preparations. Approximately 6,500 of these structures still survive. The Pill Box moved by VHE was not currently listed by English Heritage. The structure was buried underground and was discovered completely intact.

The move attracted a lot of local interest as people were excited to watch complex engineering in action. There are a number of Pill Boxes in the area which have been retained due to archaeological interest and to keep the history and heritage of Barrow alive for future generations.

In a quote taken from the NorthWest Evening Mail, Project Lead David Haughian, said the removal of the Pill Box had been a delicate procedure.

“We were aware there was going to be a Pill Box on the site but because of the vegetation and ecology, it was difficult to determine its condition until we dug it out. VHE cleared the site and it became evident that the whole structure was intact. A number of local people had said they would like to see it preserved and utilised.”

VHE has undertaken a large number of civil engineering and remediation projects. Similar to the project at Barrow-in-Furness, many have involved extensive earthworks operations. A key element of these works can often be to protect the historical significance of the designated site and our specialists frequently carry out detailed archaeological research during the design development stage, supported by site work should it be required.

Recognised as a leading land remediation company, VHE has a highly trained and qualified team able to deal with contaminated land and the preparation of development platforms throughout the UK. This remediation project is one of a number of schemes for commercial property development that VHE will be delivering this year and during 2017.

If you are looking to work with one of the UK’s leading land remediation, earthworks and infrastructure contractors, contact VHE now on 01226 320150. 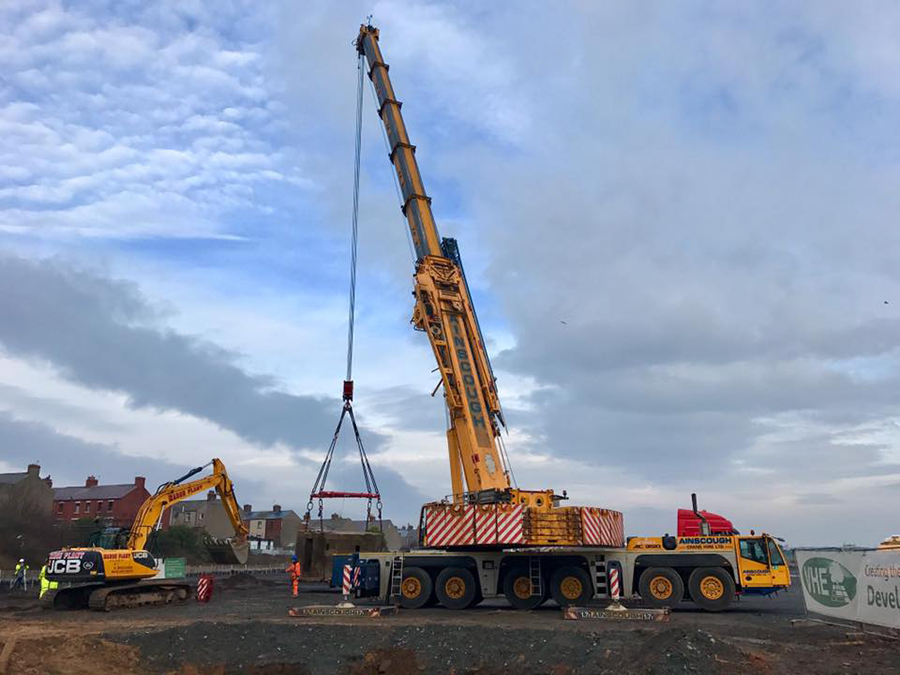