The project involved site remediation works and construction of a river wall at the River Street Car Park to enable the development of the proposed new transport interchange in Rochdale town centre.

Several ground investigations and risk assessments had previously been carried out on the site, which identified the presence of leachable contaminants including heavy metals, poly-aromatic hydrocarbons (PAHs) and total petroleum hydrocarbons (TPH) in the made ground and top layer of the superficial deposits. 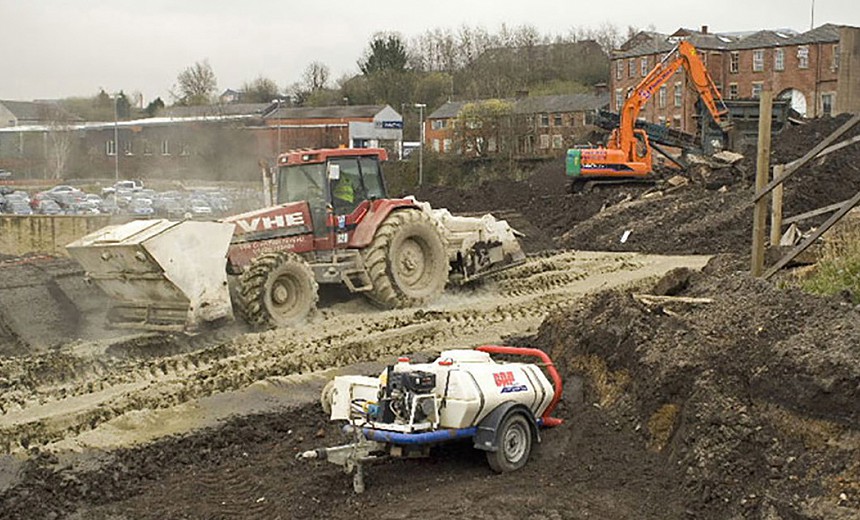 During the scheme, Oxford Archaeology carried out excavation work on the site, uncovering information about its historic uses. Records show the site originally being the location of the Wellington Foundry and Water Street Mill in the 18th century, before more recent developments took place. Archaeological finds from the site include two waterwheels, the original plaque from the steam engine which replaced water power, beer bottles from Rochdale’s R&M Brewery, and a company engraving from Henry Nuttall – the famous chip shop range manufacturer.