VHE Construction turned 40 this year and to celebrate we spoke to our long-standing employees to find out how VHE and the industry has changed over the decades.

Ray Eades first worked with VHE in 1979 as a Dump Truck Driver on the Manchester Airport of Extension of Runway 1. In 1984 he started working for VHE as a Machine Driver on the Lincoln Bypass. Ray always believed he would be a machine driver until he was on a project in Aylesbury in 2003 and was asked if he wanted to be a Foreman on the M77 project in Scotland.

What have been the biggest changes you have witnessed in the industry?

What have been the biggest changes you have witnessed within VHE?

Within VHE the biggest changes have been in management. When I started out at VHE it was run by Brian Waldron, then jointly with Brian Thompson. Since then Phil Underwood, Steve Stiff and more recently Gordon Wilson have held the reigns of the company.

Back in the day VHE had a large fleet of earthworks plant. One of the biggest changes has been the evolution from bulk muckshifters to specialist earthworks and remediation contractors.

What has been the most challenging job you have worked on?

Contaminated jobs and gasworks are challenging as the operators have to know the right order to excavate the material and put it in the right stockpiles. The majority of drivers just want to dig, they do not want to separate waste / material so it’s important to have the right people on a project who can do that kind of work.

What has been the most challenging moment of your career?

Moving from being a driver to foreman and moving to Scotland to work on projects has been the most nerve racking time of my career. I had sleepless nights when I started as a foreman as I worried about where everyone was going to be working the next day and the sequence of works. Former Site Manager Terry Wilson took me to one side one day and told me to leave the work at the gate on an evening. I found it took me a long time to be able to do that but that’s probably down to experience. When it came to working on the Sighthill project where VHE moved over a million cubic metres of material I loved the challenge and I didn’t find it overwhelming.

If you were starting out in the industry now what would you advise yourself?

I would go back to driving machines as you get a good grounding and you learn a lot. I wouldn’t advise that you start as a foreman as you need at least 10 years’ experience. You have to have good people management skills, be able to work with everyone on site and have their respect, which has to be earned. I miss driving on site but haven’t looked back and would probably get bored of it after a few hours.

What kind of projects do you like working on?

I enjoy working on projects that have plenty of machines where they are moving around and I can get them moving well. What bugs me on sites is if I feel we are wasting time and diesel.

What is your earliest memory of VHE?

The name VHE actually came from the number plate on a Ford Poplar driven by the wife of founding Managing Director Brain Waldron. Brian then bought a VHE1 number plate and a VHE6 number plate to put on Range Rovers to give the impression VHE owned a whole fleet, rather than two vehicles! VHE really started building in size when Brain Thompson came on board and they secured the Manchester Airport project. When I first worked at VHE it was based in a small wooden unit on a farm owned by Brian Waldron’s dad.

What is your fondest memory of working at VHE?

It’s the people that make the company. At VHE they are good solid people, you know everyone and they make you feel at home. I would say I have made a lot of good friends over the years. If I had the chance I would do it all again as I enjoy being part of the VHE team! 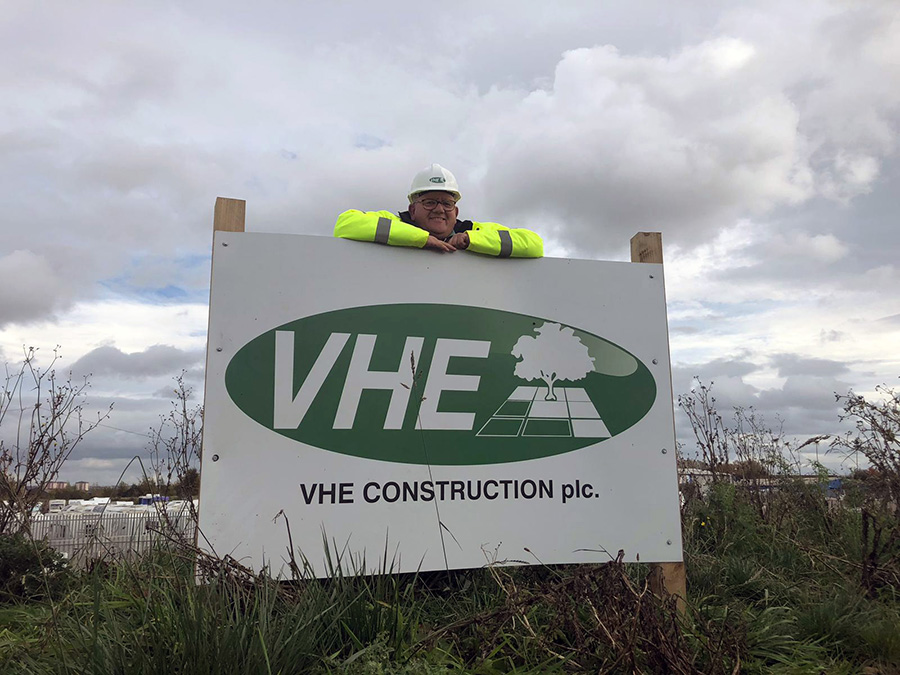 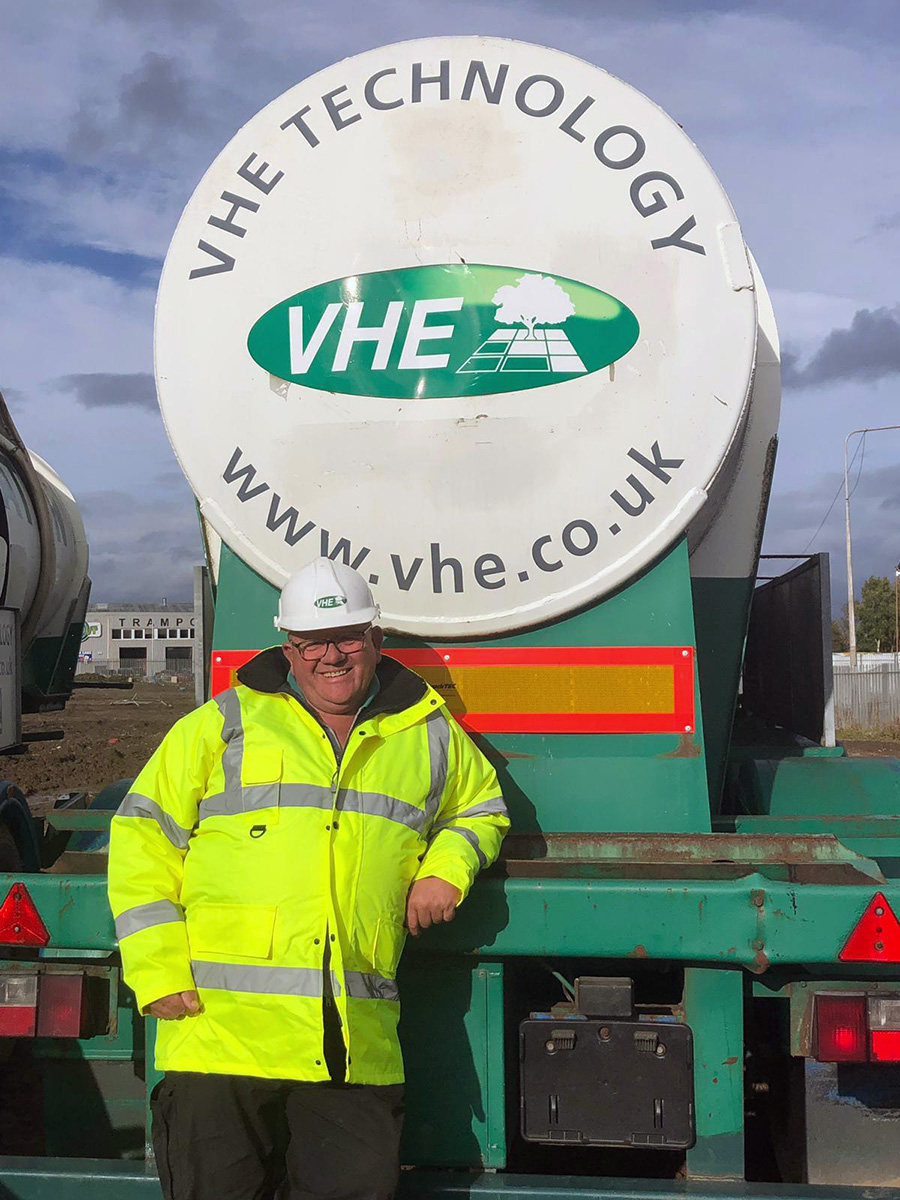